Molly Barth, the group’s founding flutist, will perform for concerts in 2020, when Nathalie Joachim completes her tenure. Five of the sextet’s founding members, along with Zach Good on clarinet, will play Jennifer Higdon’s On a Wire in March at the Oregon Music Festival!

Live In Studio C: This Piece Of Music Had Her Name On It

It’s an auspicious honor to have a piece of music named after you. Flutist Molly Barth would know, and she’ll also tell you that the idea to include a name comes from the composer, not the title-character.

This radio interview was SO FUN to make and to hear. THANK YOU, Simone! 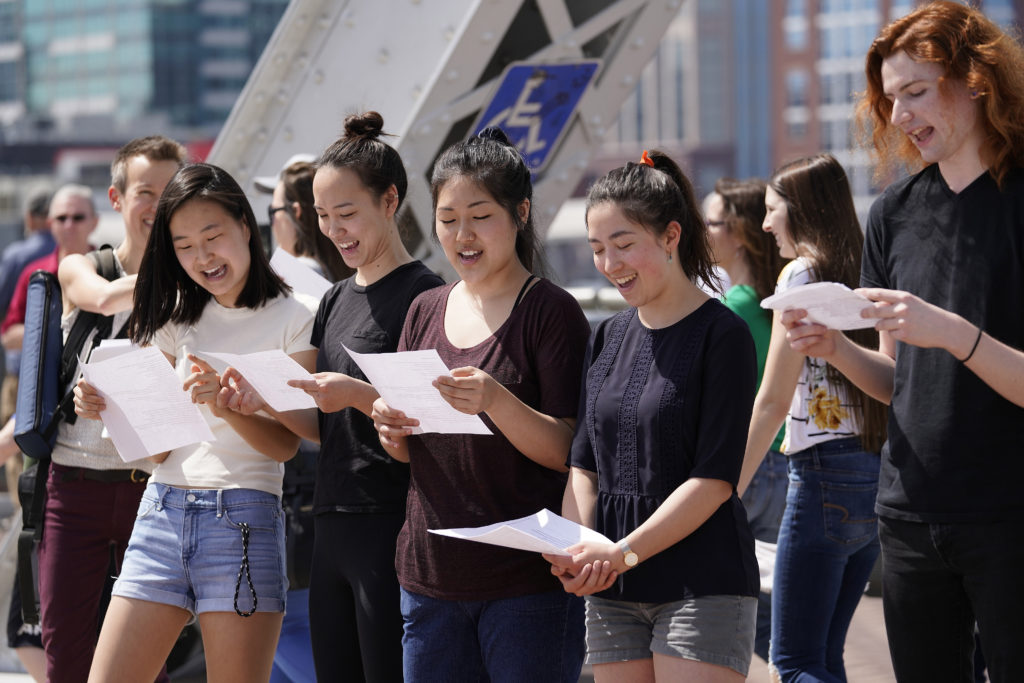 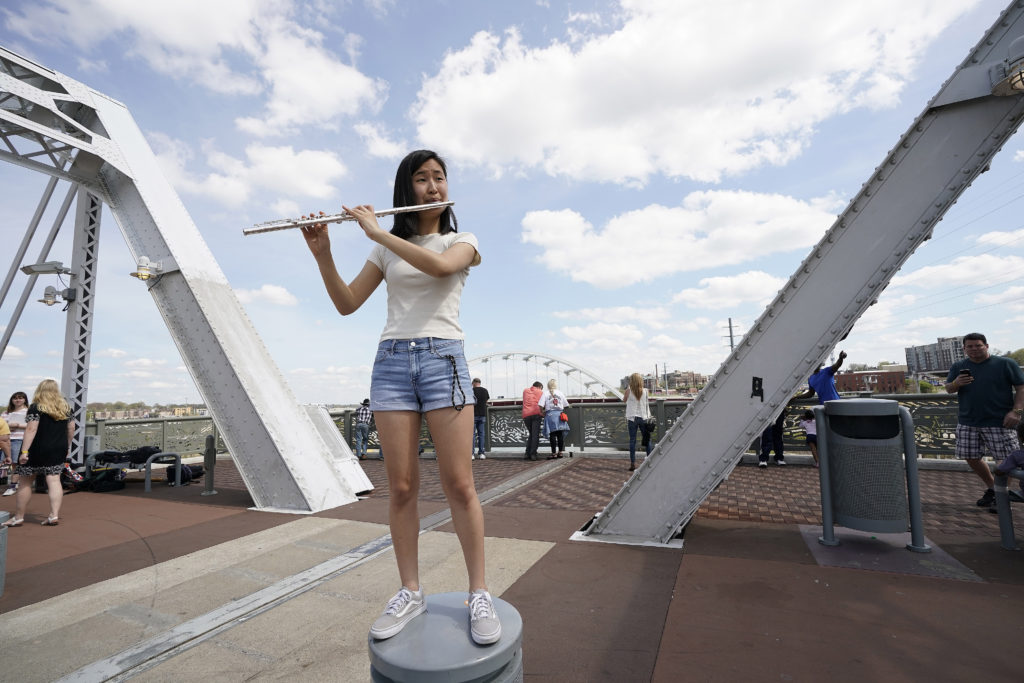 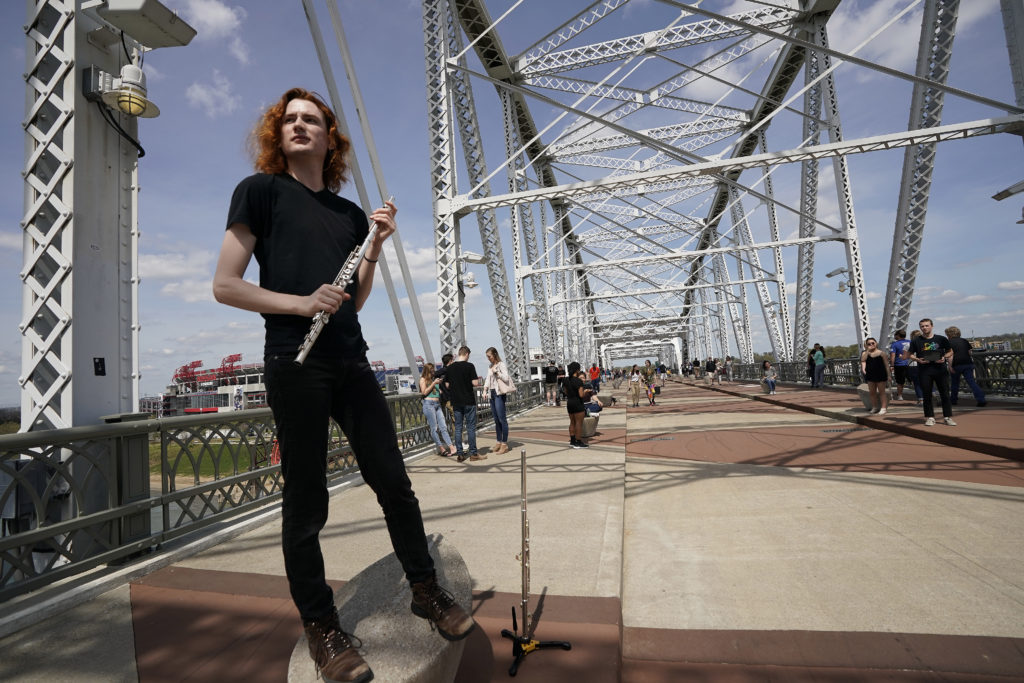 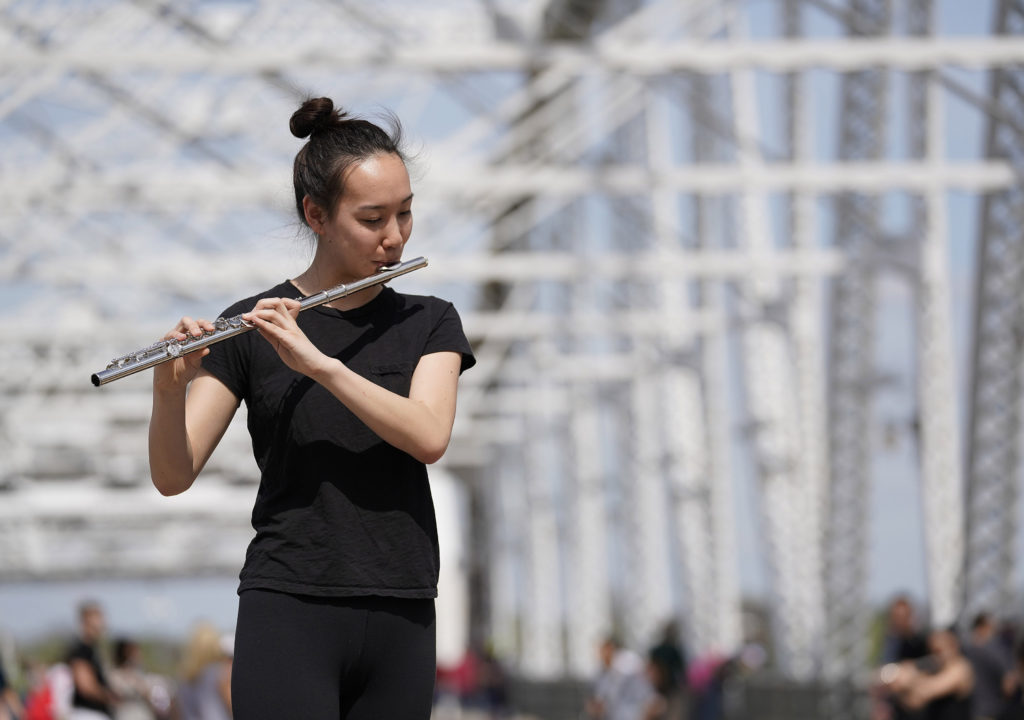 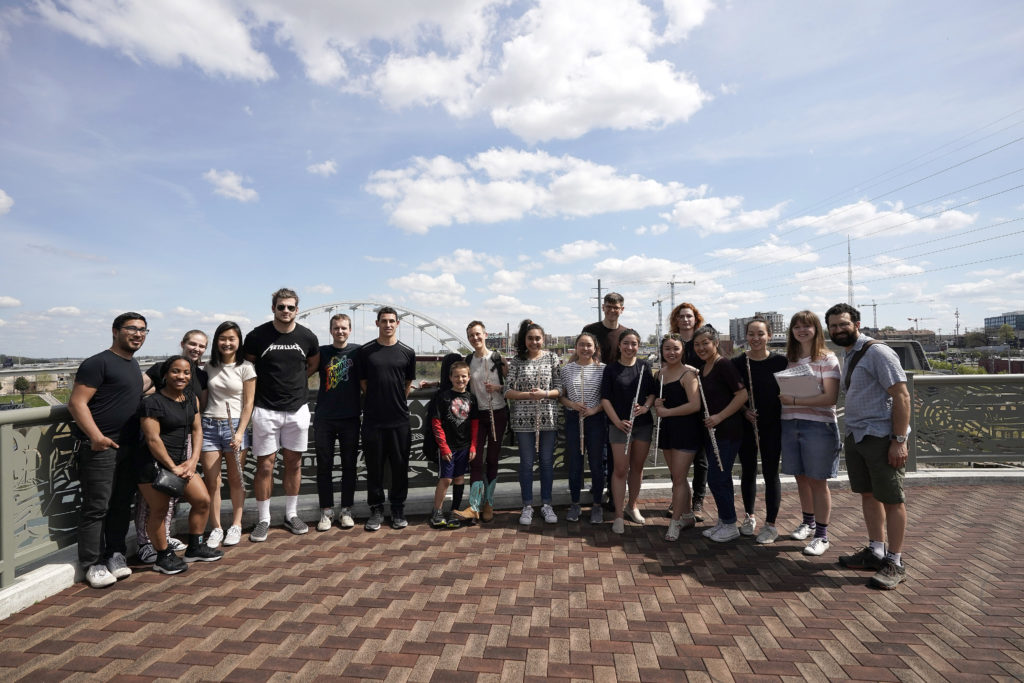 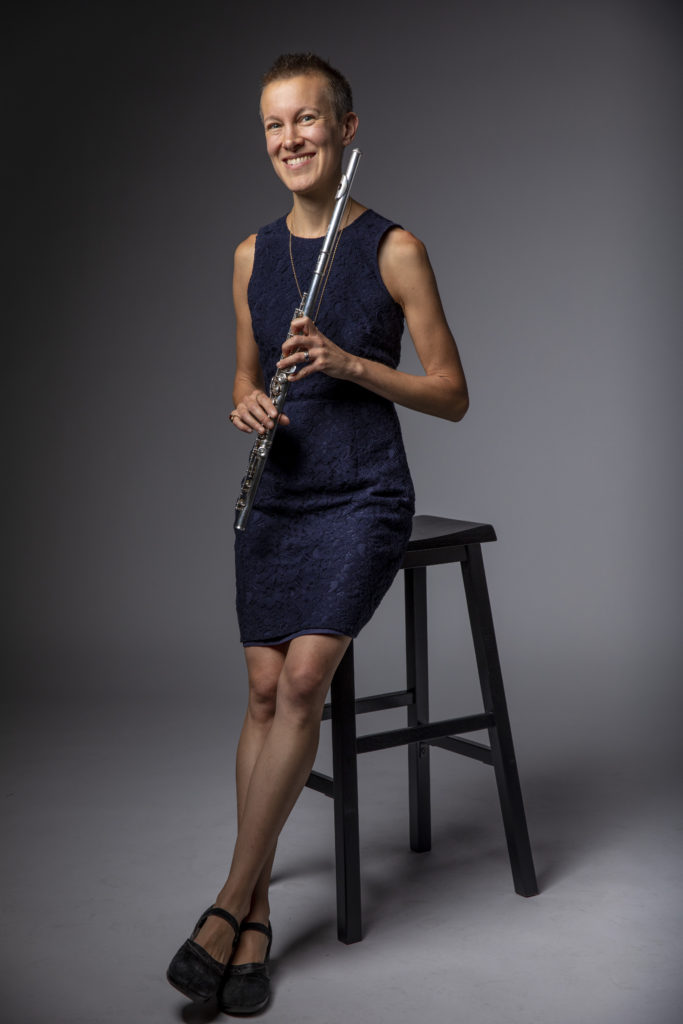 I am pleased about the CDs that I have recorded, and encourage you to peruse them!

Vento Appassionato: Molly Barth presents her interpretations of ten of the most influential 20th century compositions for solo flute: Syrinx by Claude Debussy, Sonata Appassionata by Sigfrid Karg-Elert, Acht Stücke by Paul Hindemith, Density 21.5 by Edgard Varèse, Image by Eugene Bozza, Sequenza by Luciano Berio, Mei by Kazuo Fukushima, Three Preludes by Robert Muczynski, Scrivo in Vento by Elliott Carter, and Air by Toru Takemitsu. “Barth is a rock-solid player who knows this music inside and out. Barth puts across all her selections with spirit and imagination. Even if you know Fukushima’s Mei (1962), your jaw will drop at 4:30 where she switches from a fortissimo high note to a pianissimo whistle tone. Such is her virtuosity that much of the writing sounds easier to play than it actually is.” T. Gorman, American Record Guide, Sept./Oct. 2018 https://www.albanyrecords.com/mm5/merchant.mvc?Screen=PROD&Store_Code=AR&Product_Code=TROY1726&Category_Code

Thorn, Molly Barth‘s collection of works by David Lang, has been described as “…a varied yet consistent overview of Lang’s chamber music activities, a vital part of his output. The performances strike just the right balance between nervous tension and technical security.” (Steve Smith, The Log Journal) https://cantaloupemusic.com/albums/thorn

This is what they had to say:

“Flutist Molly Alicia Barth plays its melodies with the breadth of a clarinet and the metallic waver of a saxophone, as well as with more conventional flute tones, but always with rare control and precision.”
Nicholas Stevens, ClevelandClassical.com, October 10, 2018

“Barth is a rock-solid player who knows this music inside and out….Barth puts across all her selections with spirit and imagination. Even if you know Fukushima’s Mei (1962), your jaw will drop at 4:30 where she switches from a fortissimo high note to a pianissimo whistle tone. Such is her virtuosity that much of the writing sounds easier to play than it actually is.”
Todd Gorman, American Record Guide, September/October 2018

In Vento Appassionato, I present my interpretations of ten of the most influential twentieth century unaccompanied flute solos in the repertoire, chrono- logically spanning from 1913 to 1996. These pieces are dear to my heart. The stamp that I have placed on each piece is largely influenced by my flute mentors: Michel Debost, Kathy Chastain, Walfrid Kujala, Randy Bowman, Brad Garner, Carolyn Topliff, Harold Jones, and Mary Stolper. For the past two decades, I have had the exciting opportunity to pass along my interpretive guidance to students worldwide. Some of the composers represented are household names, while others are primarily known to wind instrumentalists. Many of the works are melody-driven and traditional in style, and some explore alternative textures and harmonic languages. Each piece on the album leads me on an impactful emotional journey, and I am happy to share this musical adventure with you. — Molly Alicia Barth

“Barth is a rock-solid player who knows this music inside and out….Barth puts across all her selections with spirit and imagination. Even if you know Fukushima’s Mei (1962), your jaw will drop at 4:30 where she switches from a fortissimo high note to a pianissimo whistle tone. Such is her virtuosity that much of the writing sounds easier to play than it actually is.”
Todd Gorman, American Record Guide, September/October 2018

Information about Molly Barth and the Blair School of Music, Vanderbilt University is here:

Dieter and I are thrilled to present our Duo Damiana debut album, Castillos De Viento, on the Innova label. Check it out!

Flutist Molly Barth and guitarist Dieter Hennings join forces to form Duo Damiana, a trail-blazing ensemble dedicated to pushing the boundaries of flute and guitar music. In their debut album, titled Castillos de Viento (Castles in the Wind), Duo Damiana has gathered some of today’s most captivating voices. Composers Michael Fiday, Jesse Jones, Shafer Mahoney, Hebert Vázquez, and Chen Yi provide a powerful soundscape that emphasizes both the individual beauty of each instrument as well as its collective power. An album with a unique global vision in mind, the works by Fiday, Vázquez, and Yi look East to Japan and China for its inspiration, while the works of Mahoney and Jones are deeply rooted in the American tradition. The title castillos de viento refers to the “ephemeral yet powerful nature of music. Although intangible, it reaches emotions that are rooted in solid, cogent, timeless ground within us.”
El jardín del pasaje púrpura (the garden of the purple passage), written by Hebert Vázquez, alludes to a Japanese garden with cherry blossoms. Michael Fiday’s 5 Haiku are a set of varied musical reflections on texts by the 17th-century Japanese haiku master Matsuo Basho, their concise forms revealing an entire world within. The rich elements of authentic folk music from three minority nationalities in China West are the subject matter of Three Bagatelles from China West by Chen Yi. The quiet, introspective nature of Shafer Mahoney’s Shining River was inspired by the writings of John Muir, the American naturalist. Jesse Jones is the recipient of numerous awards, including a Guggenheim Fellowship and the Elliott Carter Rome Prize in Composition from the American Academy in Rome; he has written a four-movement tour-de-force for Duo Damiana.
Barth, a founding member of the contemporary powerhouse ensemble Eighth Blackbird, and Dieter Hennings, of the Eastman Broadband, both prolific in their individual projects, come together to provide what will surely be a referential recording in its field. Barthis Associate Professor of Flute at the University of Oregon and Hennings is Associate Professor of Guitar at the University of Kentucky.

Playing with friends is music-making at its best, and this new musical endeavor is the ultimate!

The Zohn Collective already has recorded its first CD under the label Oberlin Music, which is expected to be released in spring of 2018, and is booked for various upcoming engagements, including a collaboration with the internationally recognized puppet company, La Coperacha, at the II Bienal Internacional de Teatro in Mexico.

No events scheduled at this time. Please check back soon!